How to run a Python script

There are two main options for writing/running python scripts. The first is to use an IDE (integrated development environment) that allows you to write your code in the same program that you compile/run the code. This is similar to what you would do if you use Stata - open Stata, write a do-file, then click “do” and your program runs. There are a number of software packages that you can use to do this, one is Anaconda. To get to the editor, open anaconda launcher and launch “Spyder”. See the attached screenshot for where you write the code and how to get it to run.

Here’s a screenshot of where to write your code and how to get it to run using Anaconda: 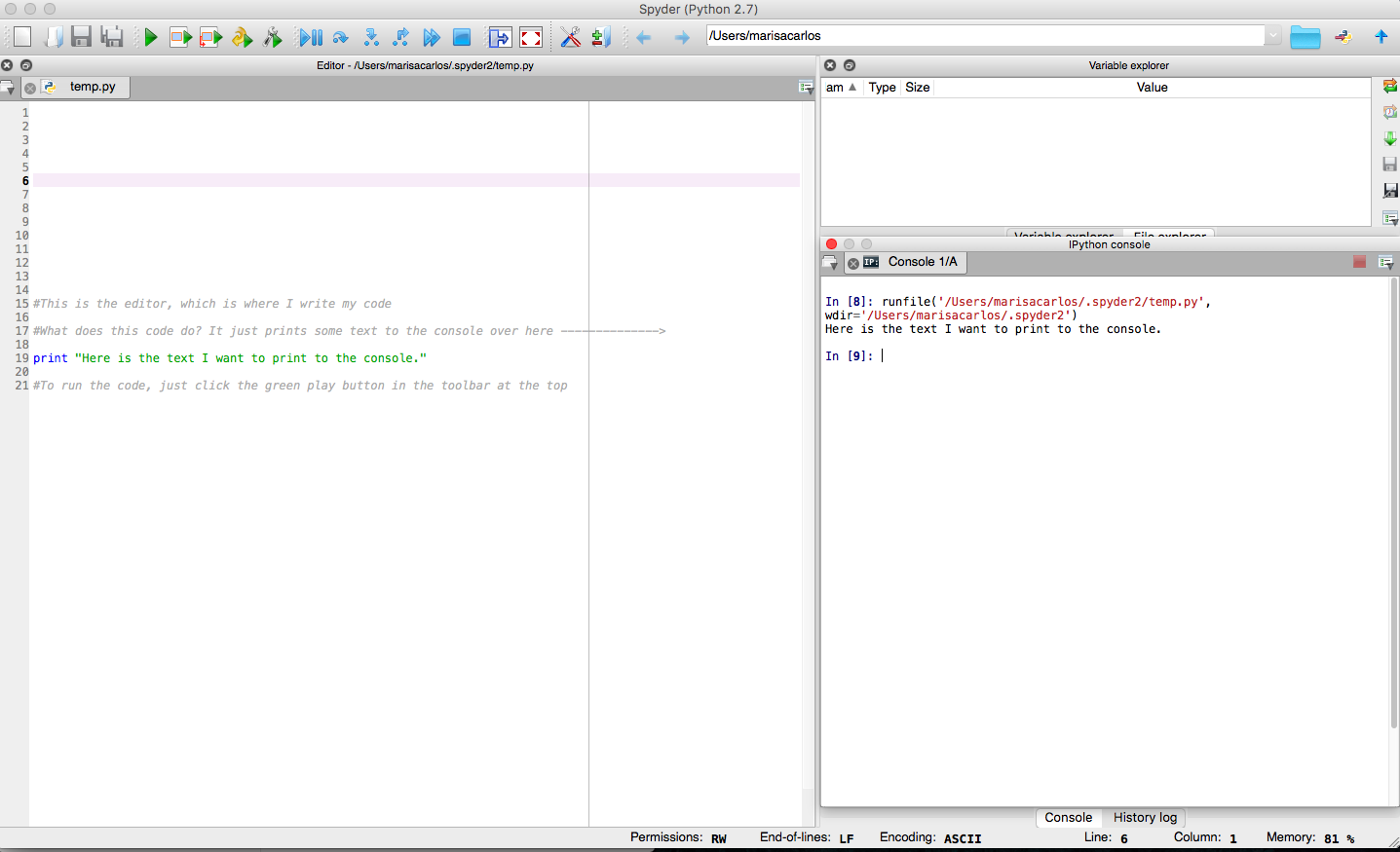 I personally don’t like Anaconda because it takes too long to open and it feels too crowded with all of the boxes in one window. I prefer to write my codes using a text editor and run them from the command line. I use Komodo Edit as my text editor, which is free and easy to use.

How to create and run your code

I encourage you to explore both of these options (IDE versus text editor/terminal) and see which one you like - I think it’s mainly a matter of preference.